AngouriMath with F# for Research

AngouriMath.Interactive is suited for interactive computations and research, as it exposes a good amount of F# API. Basic functions include simplification, differentiation, latexisation (getting a LaTeX string from an expression), as well as solving equations, integrations, systems, working with vectors and matrices, etc.

Its main usage is notebooks, which are usable from Jupyter and Visual Studio Code notebooks extension. See dotnet/interactive to get notebooks working for you too.

To get AngouriMath in your notebook, install it by running a so-called magic command:

Let's find a derivative and integral over x, and their simplified versions:

Now, let's construct something more complex. For example, an equation:

Let's find the solutions over Omega_lambda:

This is a set of roots, which is too huge for a screenshot. The only variable is Omega_1, so let's substitute it with a numeric value and evaluate the roots, showing them line by line with the default precision:

With the help of great plotting library Plotly.NET, it is possible to visualize functions over two and three variables.

Now, let's do some basic plotting. There is a few functions in the AngouriMath.Interactive namespace. Plot.linear and Plot.scatter visualizes single-variable functions: 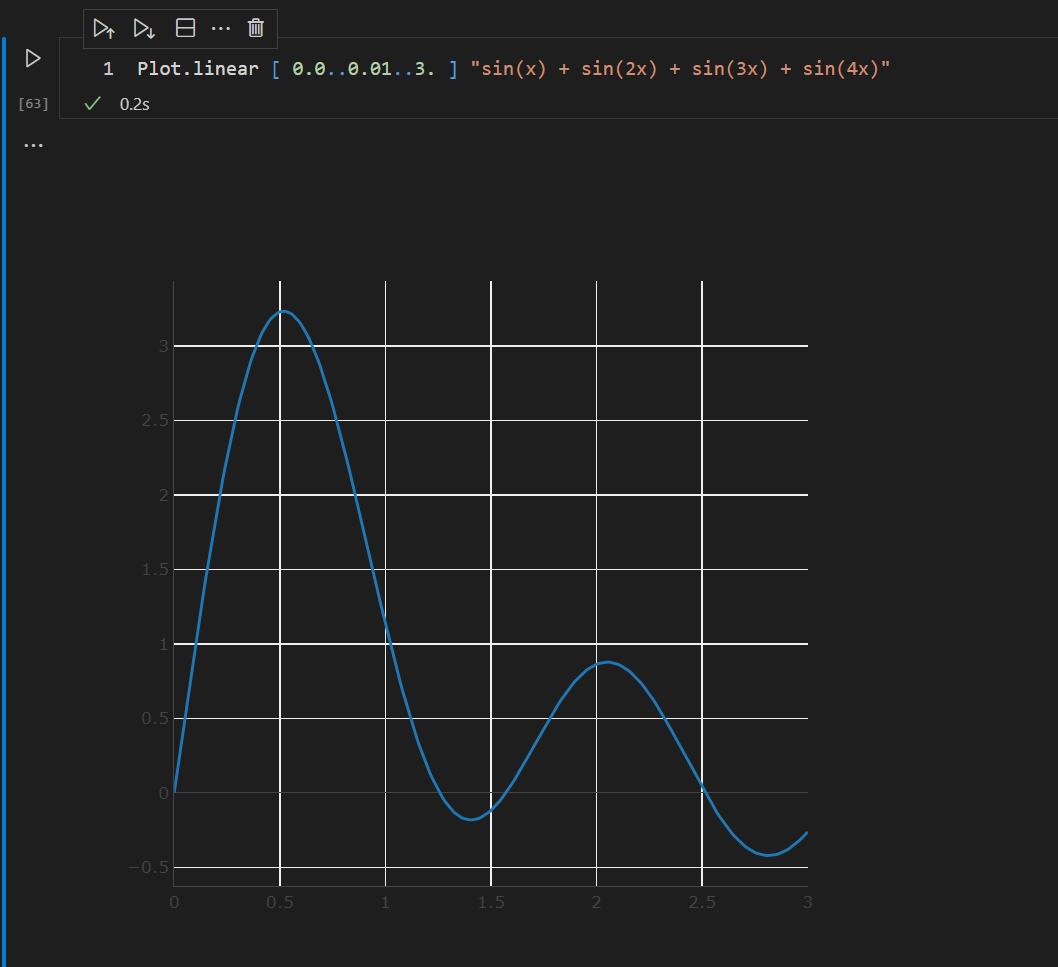 Now, let's display a surface, descriped by a function of two variables: 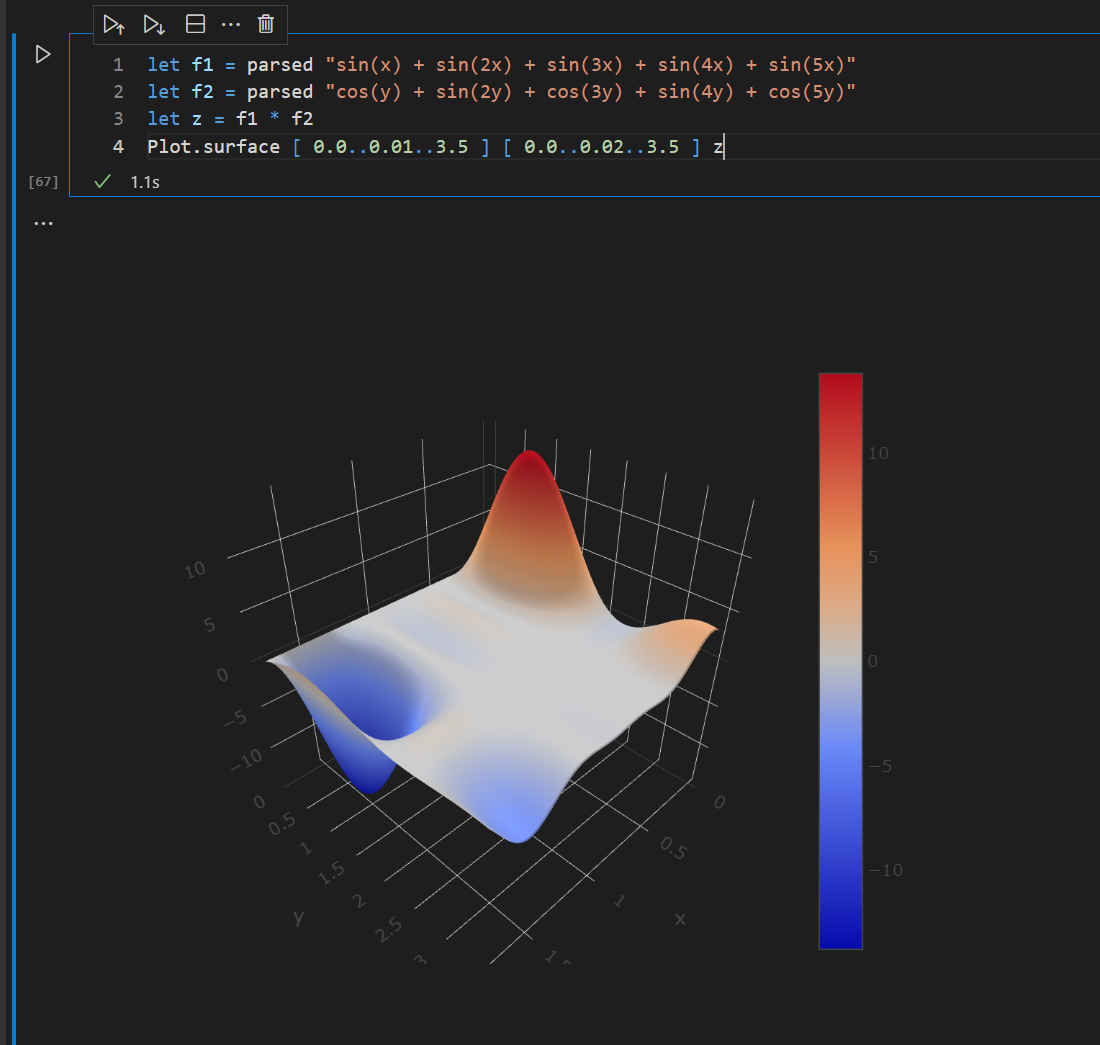 Plotting is available since 1.4.0-preview.1

AngouriMath.Terminal is convenient CLI for interacting with functions without running a notebook, creating a file, etc. The commands ran in the terminal are in F# too.

A nightly build can be downloaded from here. You need .NET 5 runtime (you only need the runtime ; no need for SDK).

By default, there is a number of opened modules, such as AggressiveOperators, which override the default arithmetic operators. To see what is ran beforehand, type .

It can be easily used as an advanced calculator too, not only as some professional tool.